Relations are members of the planetary family with whom we share our environment. They are both physical and other-than-physical, and in my worldview they are unique persons  with their own souls, lives, perceptions, and agendas and should be respected as individuals. And if we are lucky enough to be in relation with some of them, even as we as humans take a degree of responsibility for stewarding their life-path, then that is a great gift. This includes those persons we call “pets.” I will be posting an ongoing thread that describes some of my favorite relations who add joy (and frustration) to my life. This will also be a running post of expressing gratitude for all the diverse relations who share our world. Bless!

This is Julius. He was a kill-pound rescue and I am guessing he is probably now in his mid-teens. He has been with our family for more than a decade and has lived with us through our trials and tribulations, including the many traumatic housing moves we have had to make. Every time, he has adapted just fine. In fact, he has had many adventures and has used up most of his nine lives — yes they do really have that many. He is not large, but his personality certainly is. He absolutely refused to be an indoor cat, insisting instead on non-negotiable in and out privileges. Over the years he has cost us a bunch of money from injuries he endured while scrapping with other much bigger cats. I tell him not to but he does not listen. He once survived being lost for almost two weeks, we think this was because he was locked in someone’s basement, until he finally came back to us as emaciated as a super model. His meow to let him in was so weak it barely registered. I don’t know how he survived that and he won’t tell me. His presence in our lives has been like living with any other family member, some days we get along, some days we don’t. But I always have been able to count on him to come home, to protect our periphery in that sacred way that cats are masterfully able, and to help me write. In fact, he has helped in so far as to erase my footnotes in my dissertation right at my deadline to turn it in, a move that almost made me faint. Still, he clearly feels he has done me a favor. 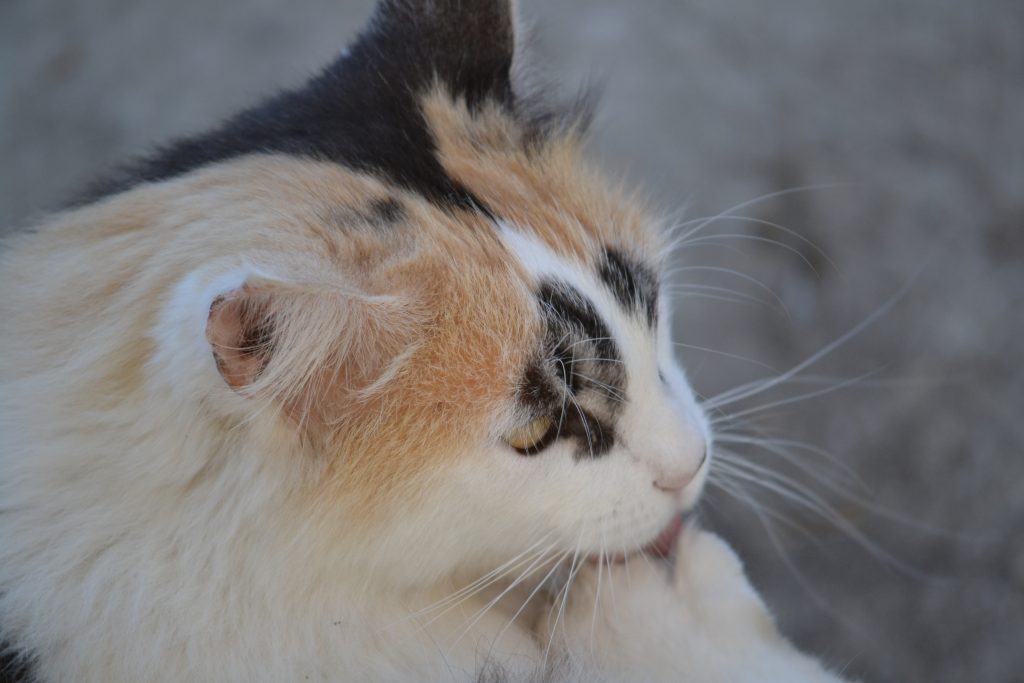 This is Cleo. She came with the house we moved into several years ago. She was a special spirit who was  connected to the land and a regular fixture in the neighborhood. She was one of the sweetest, most loving beings I have ever met. At first I thought she was dumped here by the previous occupants, and was ignorantly self-righteously indignant about that, but it turns out that she didn’t want to go with them when they moved. The neighbors claimed she was too feral to touch and that was why she was left by them. But no, she had her own mysterious history and her own agenda. She was happiest on our property and so we respected that and made sure she was fed. She liked us immediately, and though she would not go into the house, she would jump our laps when we were outside to be petted and brushed. She was a big, fluffy, gorgeous girl with beautiful markings who purred constantly. When she got old and sick I tried to take her to the vet, but she would not have it. The kitty carrier scared her so badly she broke out of it and wouldn’t come near me for awhile. We made her comfortable as she began her descent into the realm of the Ancestors and when she was was unable to eat or drink any longer, she tried to come into the house. That is how I knew she was telling me it was her time. A concerned neighbor and I came up with a plan to finally get her to the vet. She drove and instead of putting her in a kitty carrier, I wrapped her in a towel and held her in the passenger seat, petting and speaking to her until I turned her over to a very compassionate vet. She went peacefully. I still miss Cleo and I know that her spirit is still part of this land. 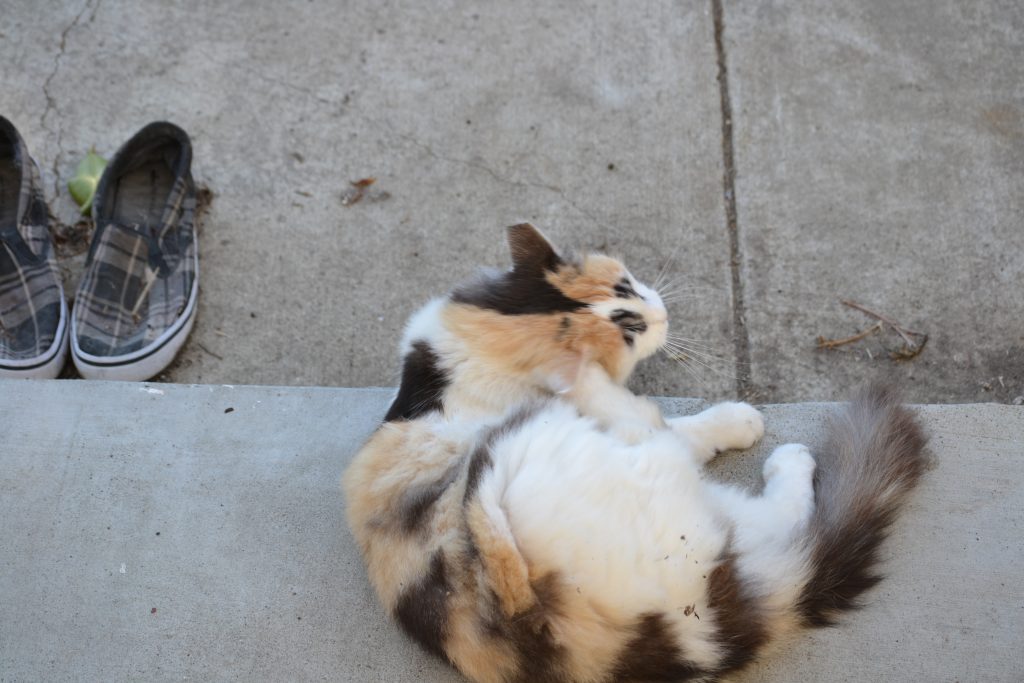